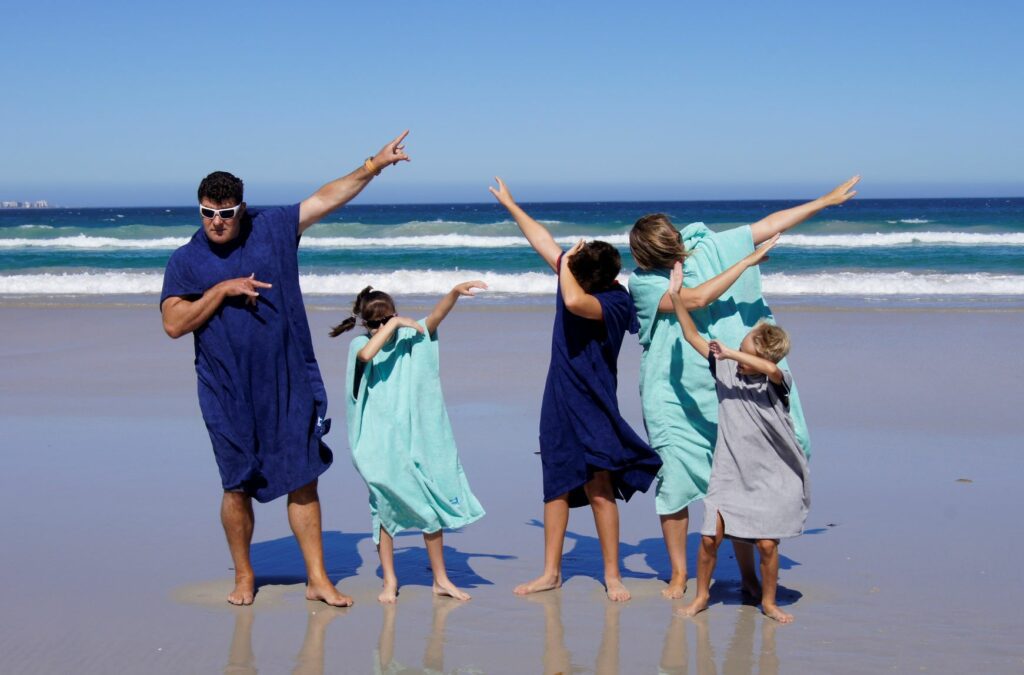 2 years ago (in 2015) my husband, an avid kite surfer, came home with a microfiber changing towel. He was so excited that he bought one for all his kite surfing and surfing friends that year as birthday presents. Our boys (also keen swimmers and surfers) also wanted towels but at the price at the time I decided I would make them towels instead.

Sewing is a hobby and so I proceeded to purchase 2 ordinary bath towels (as well as a hand towel for the hood) and sewed them together. They worked brilliantly, except for the fact that they were very heavy and very bulky! By this time my husband was complaining about his bought towel. It was too small, it didn’t dry, it was too tight around the neck and it was too short. Our friends made the same comments and reverted back to using an ordinary cotton towel.

This is when I saw an opportunity and decided to rectify all the complaints and make towels that were light weight, super absorbent, longer than the standard towel and roomy enough in size to be able to get changed easily. The other key factor was to make a towel that was more affordable than the imported version available in surf stores. This was not as easy as I thought as the correct fabric was not available locally. After months of research I found the perfect material. And in 2017, Hood Guise was born.

Our towels are made from imported fabric but still support the local manufacturing industry by producing the towels locally. We hope you enjoy your towel as much as we do.